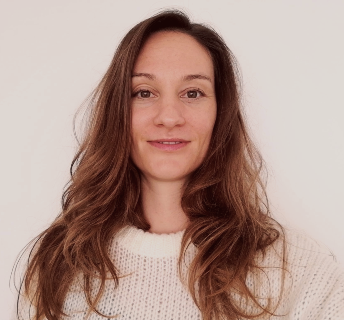 She has been practicing yoga for over 15 years and during her time working in the corporate world, it was yoga that helped her overcome all manner of physical and emotional stresses and tensions. Siska says the main reason she decided to become a teacher, is to help others to also experience the many reliefs  that yoga has given her over the years.

Her yoga practice roots back to critical alignment, a Hatha yoga style, which she received for many years from her first and main teacher in Belgium. In 2014, after completing her Teacher Training (200 hours) with the Mindful Yoga Academy, Siska moved to the wonderful island of Mallorca. This is where she began sharing her practice of Mindful Hatha Yoga, AcroFlow (acrobatic partner yoga), Prana Yoga, and her other passion, Thai Massage.

She went on to study Thai massage in Thailand and noticed that the more she trained , the more she realized how intertwined and complementary yoga and massage really are. Despite one one being more active, and the other being more passive, both equally focus on movement and breath in stillness.

Siska believes a regular yoga practice will help your Thai Massage work and vice versa, as having a  deeper understanding of yourself and your own body means that you will better learn to understand others and their bodies.

She has an all round soothing energy, and a natural talent to explain complicated (oriental) matters in a simple format for our western culture. Through her daily meditation practice, Siska has learnt to pass on the importance of stillness and connection, which she transmits in a unique way through her courses. 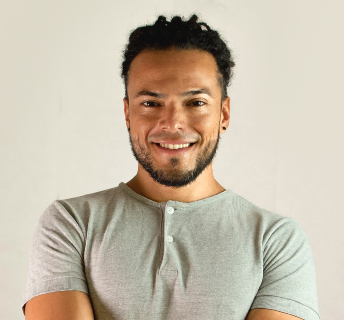 At an early age, Gastón Díaz began practicing urban-style dance such as break dance, uprock and street jam, and it was in the 90s that his abundant enthusiasm and regular practice of these innovative dance styles led him into the world of entertainment, theater and television in Argentina, Buenos Aires.

This gave him the opportunity to also move into musical theater and learn further skills such as: clown, theatrical improvisation, jazz dance and contemporary dance, which broadened his perspective by focusing all his attention on training, and body awareness.

In search of an all round holistic training, Gastón began to expand his interest to boxing, full contact sports and capoeira,  and says that during this discovery he really found the balance of rhythm and movement in fitness, a discipline backed up by science. In 2002, he received training in fitness and moved to Madrid to continue working and training in this constantly evolving discipline.

Living the changes of fitness, he started realizing that there was a strong link between new science relating to health and sports, and the oriental knowledge present in Chinese medicine, Ayurveda and Buddhist principles. That is why, he then began his training in Traditional Thai Massage, a discipline that combines the knowledge of these three cultural legacies.

It was at The Sanctuary on Koh Phangan island, Thailand, that he took his first massage training course, and after four years of practice with the most qualified teachers, he began teaching courses at the Spanish School of Traditional Thai Massage.

Given his studies and pursuits, Gastón has spectacular body awareness and a talent for observation, which makes him a very fluent and intuitive teacher of the “dance” of Thai Massage. With his encouraging energy, he leaves a long-lasting impression and passes on his love and passion for Thai Massage without effort.